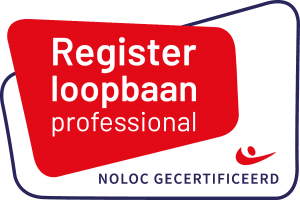 The Rose of Leary is an interaction model that emerged from psychological research into the effect of interaction between people. It is a powerful and practical model for describing and influencing interaction.

The Rose of Leary is the graphic representation of the fact that behavior evokes behavior. The model is also the basis of a method to influence behavior. The theory was developed by (among others) Timothy Leary. With this method, behavior patterns are analyzed. Subsequently, the own behavior can be deliberately used in an attempt to influence the behavior of others. 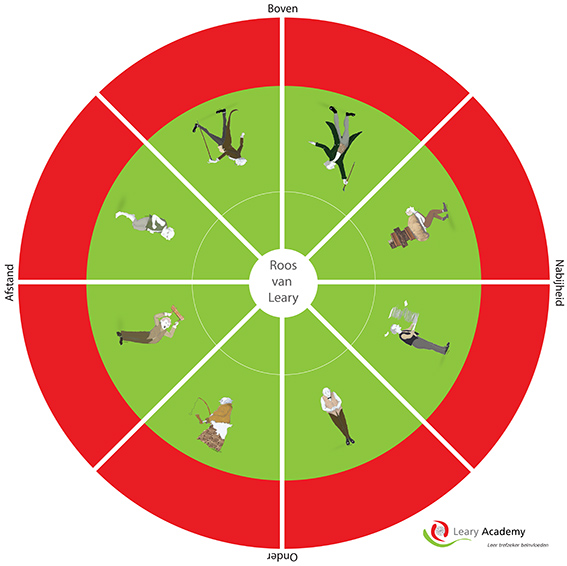 The method was published in 1957 by the American psychologist Timothy Leary in Interpersonal Diagnosis of Personality. Leary led a large-scale investigation about the healing of psychiatric patients. The researchers made important discoveries about the interaction between patients and the results have been developed into what is now called the Rose of Leary. Today, the model is also used in other environments, such as organizations.

Timothy Leary published an ’Interpersonality test’ developed by two employees of his team, the Kaiser Foundation Group, LaForge and Suczek. The Dutch professor C. de Jong published a study in 2000 in which the test was re-validated in an improved form and published as ICL-r (Interpersonal Checklist – renewed). [1] You might better refer to www.icl-r.nl here.

On the vertical axis is “top-bottom”, which stands for dominant versus submissive. [2] An example is: ‘I determine what you do’ and the reaction to it: ‘then I will do what you determine’. Each relationship definition consists of a dominant and a submissive position. The former is in this example the dominance relation proposal, determine, the other is the submissive response to it, obeying or withdrawing.

The Rose of Leary is a tool to understand the interaction between people, or to gain insight into how one’s own behavior can change, for example to work together more effectively. Two people who are in (vertically) opposing octants, for example top left and bottom left, maintain each other’s behavior. As soon as such an interaction chain starts to pinch, Roos van Leary offers a practical handle to break the pattern.